The Preservation Center opened in September 2016. It is located on the first floor of the Kitora Tumulus Mural Experiential Museum Shijin-no-yakata, in the Kitora Tumulus Area of the Asuka Historical National Government Park, and will serve for the foreseeable future as a facility for preservation and exhibition of the Kitora Tumulus mural paintings and artifacts. The Center was established by the Agency for Cultural Affairs, with the Nara National Research Institute for Cultural Properties providing administrative and operational support as well as support for exhibition of the paintings.

The preservation rooms are equipped with double-walled ceilings, walls, and floors, with independent air conditioning systems within both the rooms and in the double-walled space. This helps eliminate any influence from the outside environment. Specialized equipment ensures a stable, controlled environment for preservation and research activities. 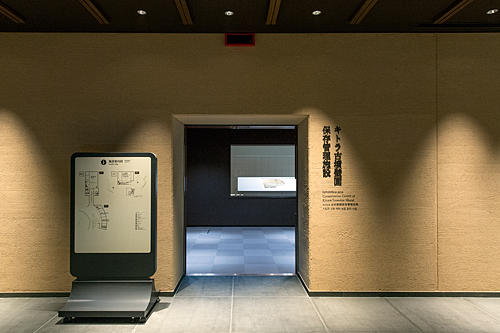 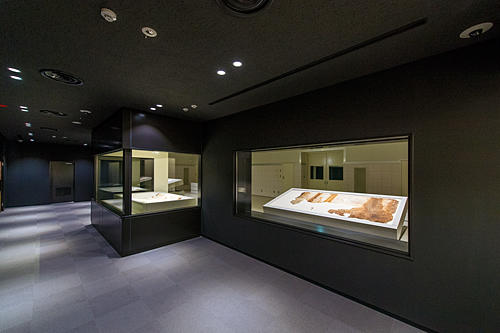 9:30 - 17:00 (March - November)
9:30 - 16:30 (December - February)
*Paintings are available for viewing on a limited basis
* Last admission 30 minutes before closing
*No exhibition of paintings on Wednesdays
(open on Wednesday holidays; closed on following weekday)
* Exhibit closed at beginning and end of year

30-minute walk from Asuka Station on the Kintetsu Yoshino Line

Kitora Tumulus is a small, circular burial mound located in the ancient necropolis for members of the imperial family and nobles that lies south of the site of Fujiwara-kyo, one of the ancient imperial capitals of Japan. The tumulus is thought to have been erected in the late 7th or early 8th century. The two-tier burial mound sits on the south slope of a hill that extends east-to-west. The tiers have been restored to their original sizes, the first with a diameter of 13.8 meters, and the second with a diameter of 9.4 meters.

At the center of the mound is a stone-walled burial chamber consisting of 18 rectangular slabs of tuff. The slabs were quarried at Mt. Nijo, approximately 14 kilometers northwest of the burial site. The floor, walls, and ceiling of the chamber were coated with plaster as a base for the vibrant mural paintings, which depict the four Taoist gods of the compass points, the 12 signs of the Chinese Zodiac, and the star atlas. 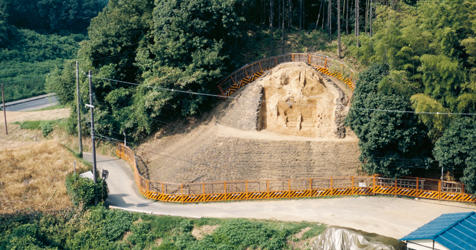 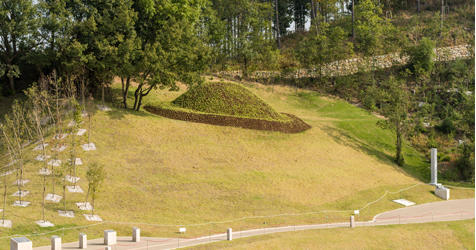 The burial chamber contains paintings of the Four Divine Creatures of the compass points, the 12 signs of the Chinese Zodiac, Star Atlas, and the Sun and Moon. The Four Divine Creatures (Azure Dragon, Vermilion Bird, White Tiger, Black Tortoise) rule the four directions of heaven and are depicted on the corresponding walls of the chamber. The Kitora Tumulus is the only tumulus in Japan that has mural paintings of all four of these gods.

Below the Creatures are depicted the 12 animal-headed figures of the Chinese Zodiac. The Rat is in center of the north wall, and each wall has three figures in the corresponding directions. To date, six figures have been identified: Rat, Ox, Tiger, Horse, Dog, and Boar.

The ceiling slab has been hollowed out like a roof, with a gold-leaf Sun on the eastern face and a silver-leaf Moon on the western. The horizontal face of the ceiling bears a circular star atlas in the Chinese style. The map shows the equator and the ecliptic. It is the world's oldest existing example of a true Chinese-style Star Atlas. 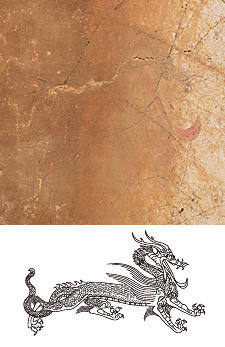 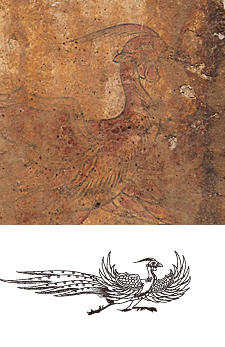 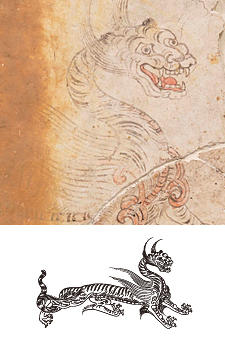 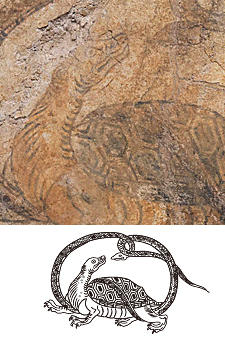 Items excavated from the burial chamber include decorative metal coffin fittings, sword fittings, glass and amber beads, and fragments of a lacquered wood coffin. Coffin fittings include gilt bronze fitting with openwork design and gilt bronze six-foiled bronze fittings, some with silver rings. Sword fittings include an iron hanging-loop sword design with gold inlay on silver-plated iron with straight and curved gold wire, as well as silver fittings and fragments of a large blade. The blade was covered in a black lacquer scabbard and would have originally been as beautiful as the large sword held in the Shosoin in Todaiji Temple, Nara.

Tooth and bone fragments of the individual interred in the burial chamber were also found. Analysis indicates that they are all from the same person, likely a male in his fifties or sixties. 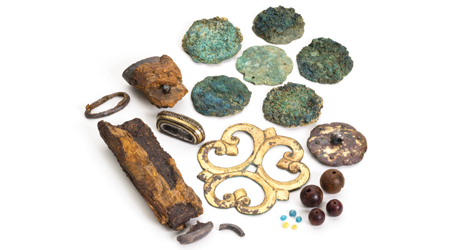